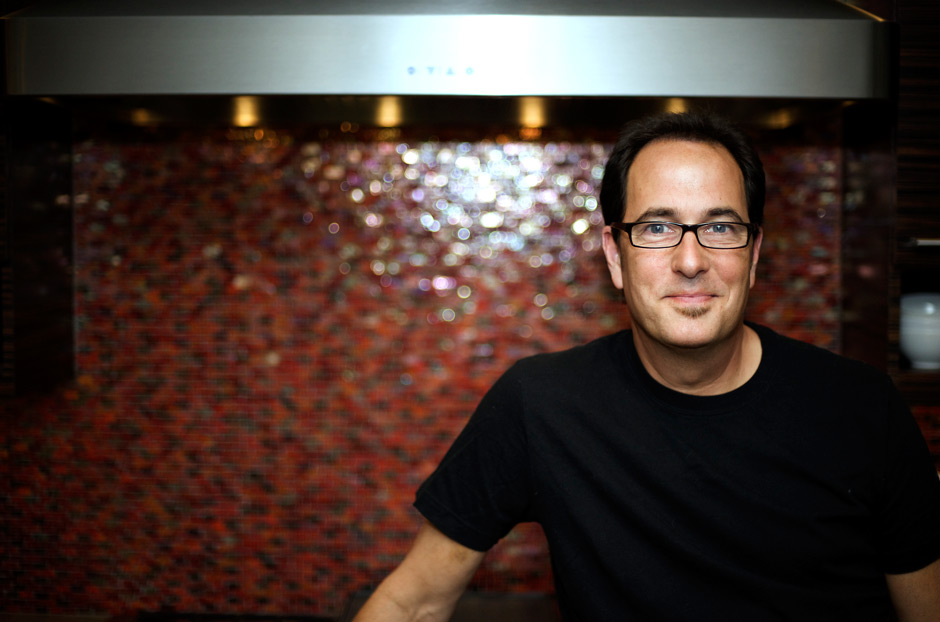 Sam the Cooking Guy is about an everyday guy- me (ok, so I have  14 Emmys) who has found a way to make cooking casually understandable. With no fancy equipment and by speaking English instead of ‘chef-speak,’ I’m sort of the everyman of television cooking. The show is shot right in my house – and I cook with my kids, dogs and neighbors occasionally around – just like we all do. There’s no fois gras… no white truffle oil, no ‘Peruvian mountain-raised squab in sesame-lime-soy marinade stuffed with braised forest turnips and wild inoki mushrooms in a hand pressed plum and raspberry glaze’. I’m just a regular guy, using regular words showing how to cook easy, great food… Food that’s ‘big in taste and small in effort’. It’s a handful of ingredients and a few steps – that’s it. This is a cooking show “for the rest of us,” I like to say. And now it’s on several networks and stations.

For too long now TV chefs have tried to ‘impress’ with their food & style. But a ton of ingredients and a ton of steps just winds up with people saying they can’t cook. And it’s not that they can’t cook – it’s that they don’t because they think it’s too hard. So isn’t it time someone made cooking easy?

But in the beginning it was going to be about travel, not cooking. I quit a job at a drug development company to do ‘travel for the regular person’ – sort of the opposite of The “Lifestyle of the Rich and Famous.” I was going to model it after a trip I had taken to Tokyo. I spent a week there discovering cool neighborhoods, traveling the subway, eating in little yakitori shops sometimes communicating only by pointing at O.P.F. (other people’s food) to be able to order. The trip was a ball and I felt a show that encouraged people to travel afar by showing them they could have a great time in seemingly complicated places made sense. So I quit my job to become a traveling TV guy. But a month before I was to leave for a demo shoot in Tokyo and Hong Kong – September 11th happened. And while it changed thousands of other people’s lives much more significantly than mine – I needed to figure out what to do. So I decided to hang on to the TV idea, and just change the concept for the show – I would demystify something else. The something else happened to be cooking – not because I was a fantastic cook but because I believed it needed simplification. For too long now TV chefs have tried to ‘impress’ with their food & style. But a ton of ingredients and a ton of steps just winds up with people saying they can’t cook. And it’s not that they can’t cook – it’s that they don’t because they think it’s too hard. So isn’t it time someone made cooking easy?

From Small Demo to Big Things

And so with no culinary training or television experience, I made a demo and sent it to a handful of industry ‘experts’ and waited for their opinion. And I got it – but comments like “you don’t have a @#$%+ chance”, “you don’t know what you’re doing” and “get a better kitchen” – just pissed me off. So with nothing to lose, I sent the tape to two local television stations, and the reaction was different – “Sam the Cooking Guy” became a regular 2-minute cooking segment twice a week on a morning news show in San Diego.

But since then, it’s grown to a regular half hour show (in fact we’re about to shoot our 100th episode) we’ve won 14 Emmys, it’s become a national series on Discovery’s Health channel, and my 3rd book is out in stores now.

Who knows what’s next? It’s a big country… someone’s gotta cook for it.