Sup Livecasters. Last night’s show may have been pre-recorded but that doesn’t mean it wasn’t ridiculously fun. We started off with Sam preparing his legendary baked mac-n-cheese with bacon, blue cheese, red onion topped with a crispy panko bread crumb top. Once that was in the oven we immediately dove into some fun food stories, checking out the new Vueve-mobile that cruises around Berlin dishing champagne and small food plates. It’s really cool to see the food truck industry spreading across the Atlantic. After some more food news (and Sam opening up a funny-looking but tasty fruit called Rambutan) we saw a hilarious video of a little boy dancing to Bollywood music, checked up on the newly improved American Airlines in-flight menu, and finally closed the show after pulling the mac-n-cheese out of the oven. Let me tell you first hand that it’s literally one of my favorite dishes that Sam makes, you MUST try it. It’s now the weekend so enjoy some time off and gear up for British food day on Monday! Later people. 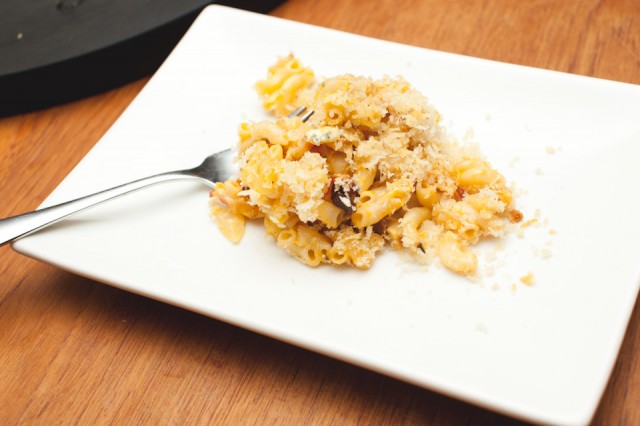